In the News - SushiFork of Tulsa - Tulsa's Best Sushi Restaurant 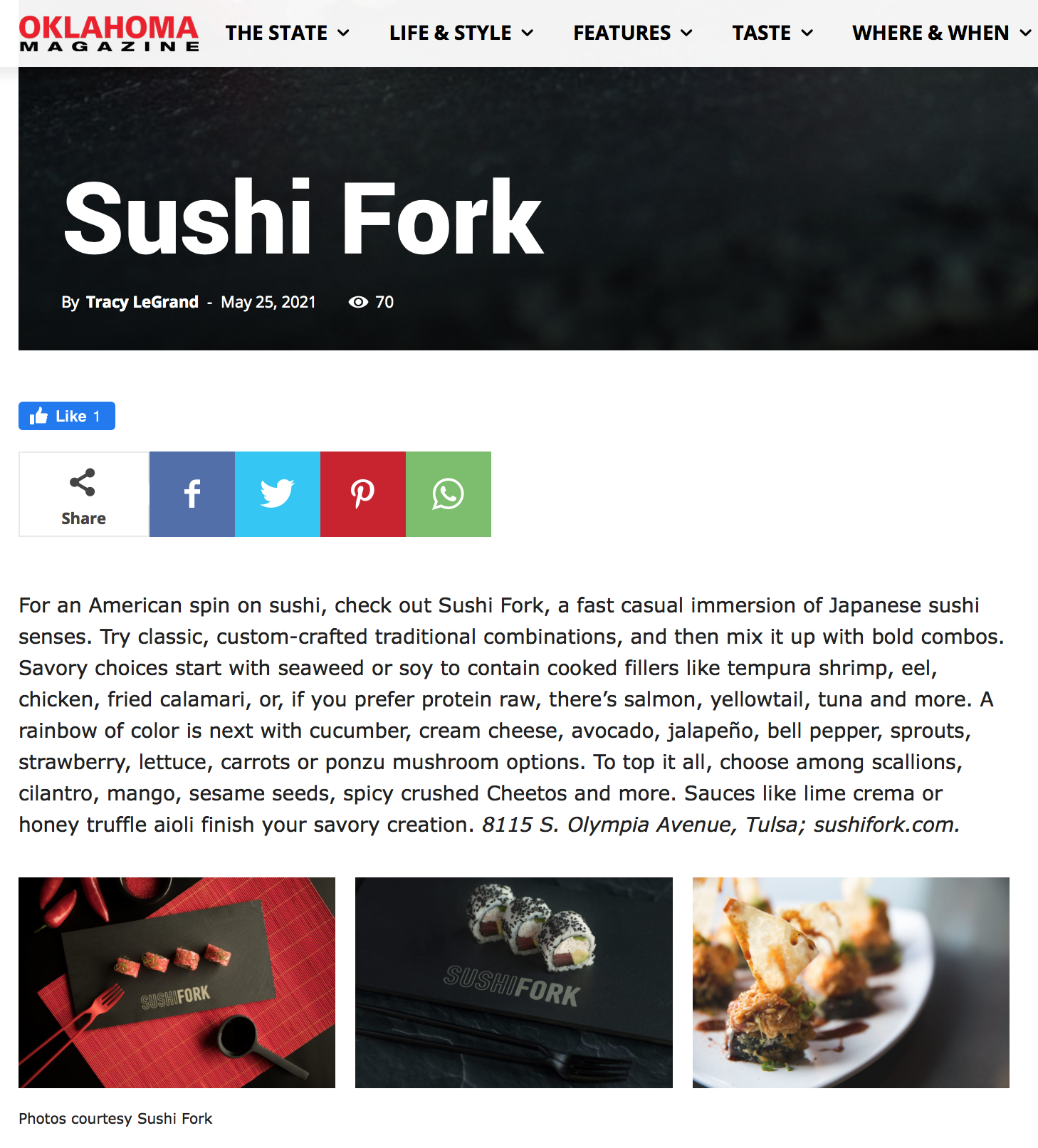 SushiFork comes to Dallas by way of Tulsa, Oklahoma, and offers a twist on the traditional sushi bar, allowing patrons to get creative and build their own customized rolls.

If you choose to build a roll, you start with a protein (such as tempura salmon, chicken, tofu or eel), add your fillings (like cucumber, avocado or cream cheese) and finish it off with toppings. Prebuilt sushi rolls are also available.

Yelpers are excited about SushiFork, which currently holds five stars out of six reviews on the site.

Read the full article at Hoodline - Craving sushi or poke? Check out these 3 new Dallas spots 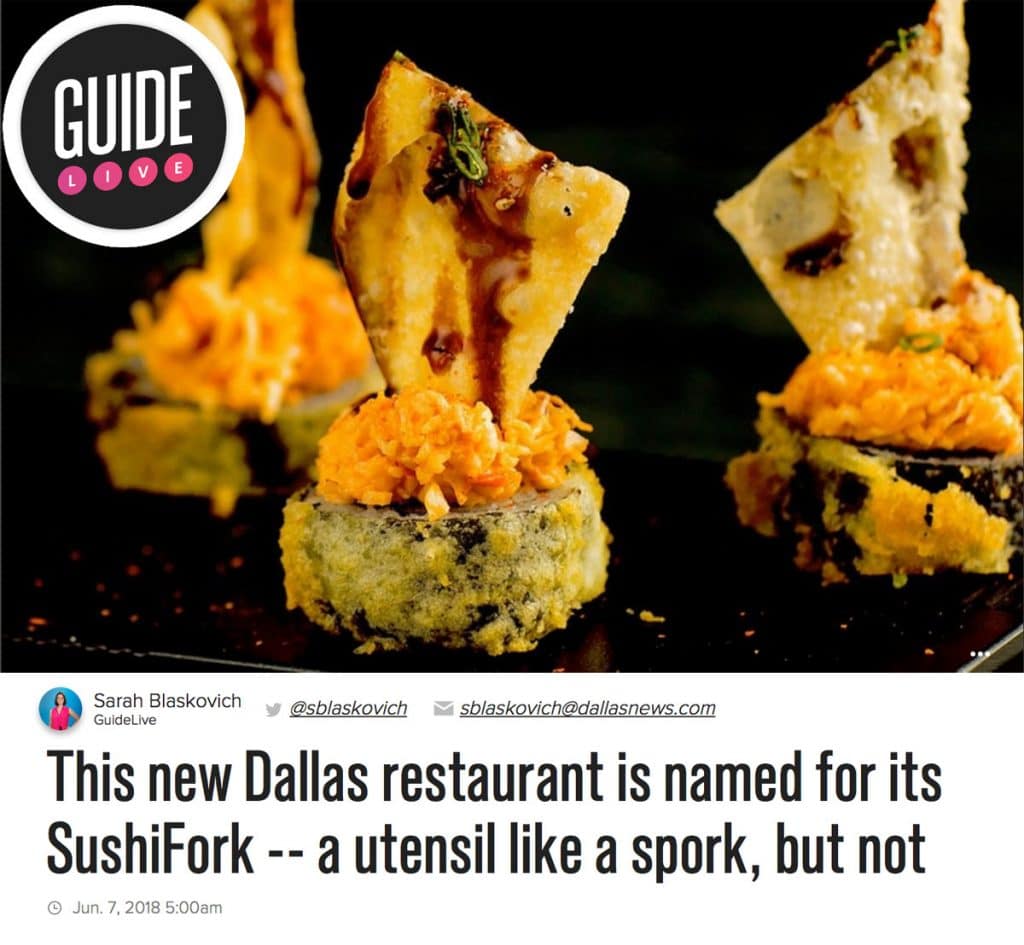 At new restaurant SushiFork in Dallas, their motto is "you pick, we roll." It's a build-your-own sushi roll place located on SMU Boulevard, near popular college hangouts Torchy's Tacos, Twisted Root Burger Co. and Barley House.

SushiFork has been open since early May, but to celebrate its grand opening June 8 and 9, the restaurant is giving away free food. (Are you listening, college kids?) Friday, June 8, it's free California rolls; Saturday, June 9 it's the Hot Mess Roll -- krab, cream cheese and jalapeno, tempura fried. The freebies are good for one roll per person, per day.

This SushiFork is Dallas' first, but a press release says it's "the first of many" in North Texas. "Franchising was part of our plan from the beginning," says chef Greg Bossler in a statement. The company hails from Tulsa.

Read the full article at GuideLive – This new Dallas restaurant is named for its SushiFork -- a utensil like a spork, but not 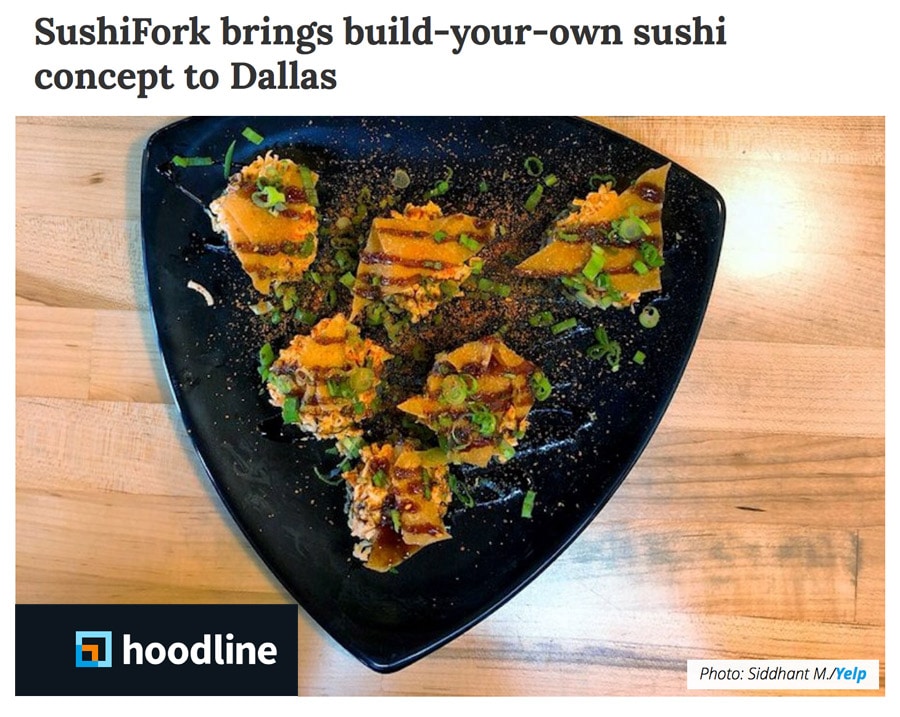 A new sushi bar, SushiFork, has opened its first location in Dallas at 5600 SMU Blvd., just east of U.S. Highway 75, on the ground level of the Mockingbird Flats building.

SushiFork comes to Dallas from Tulsa, Okla., and offers a twist on the traditional sushi bar, allowing patrons to build their own rolls. The new restaurant, helmed by local franchisee Todd Kuenstler, represents SushiFork's first expansion.

If you're not interested in building your own sushi roll, there are also prebuilt rolls on the menu, including house specials like Fire in the Roll with fried calamari, Hot Mess (crab mix, cream cheese and jalapeño) and Carnival (yellowtail, salmon, spicy mix and cream cheese).

With a five-star rating out of five reviews on Yelp so far, the new sushi bar has been warmly received by patrons. 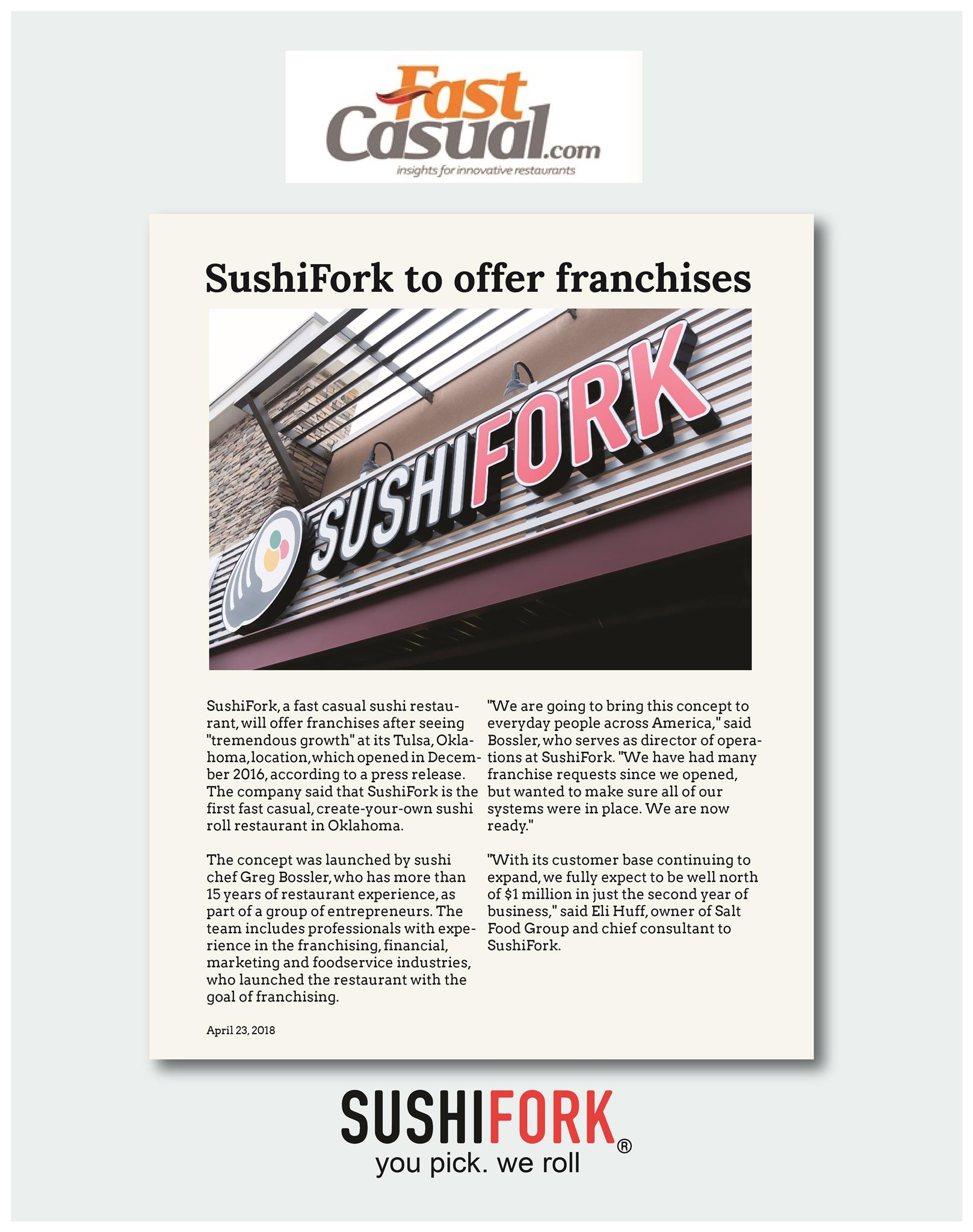 Business Viewpoint with Greg Bossler: Is your restaurant ready to franchise? 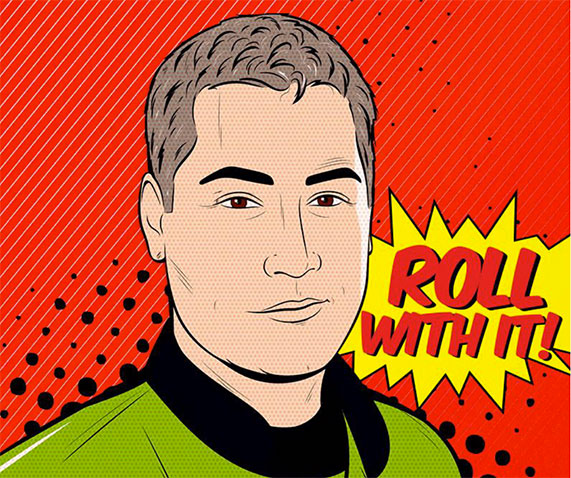 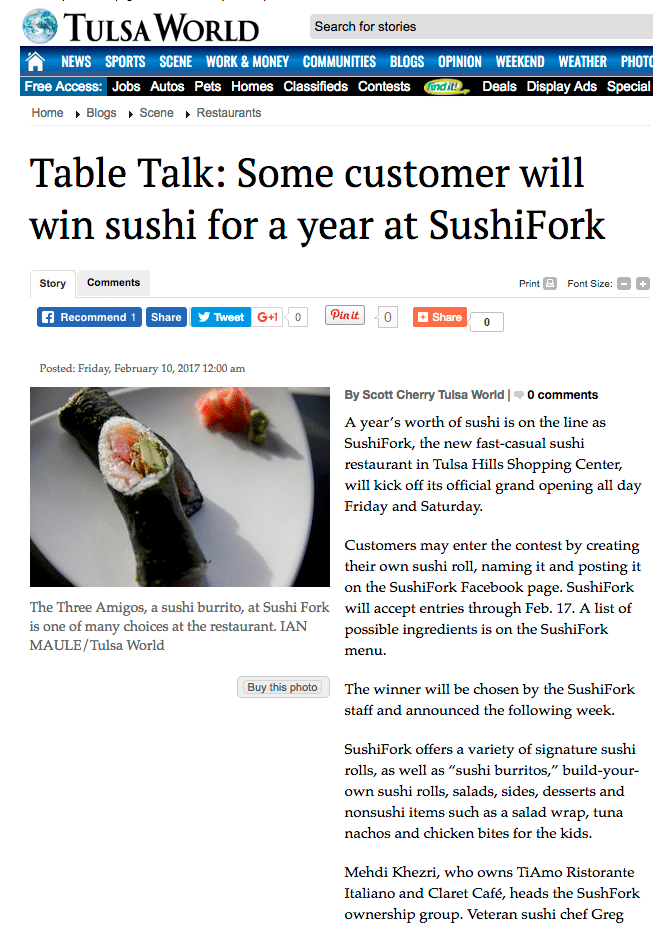 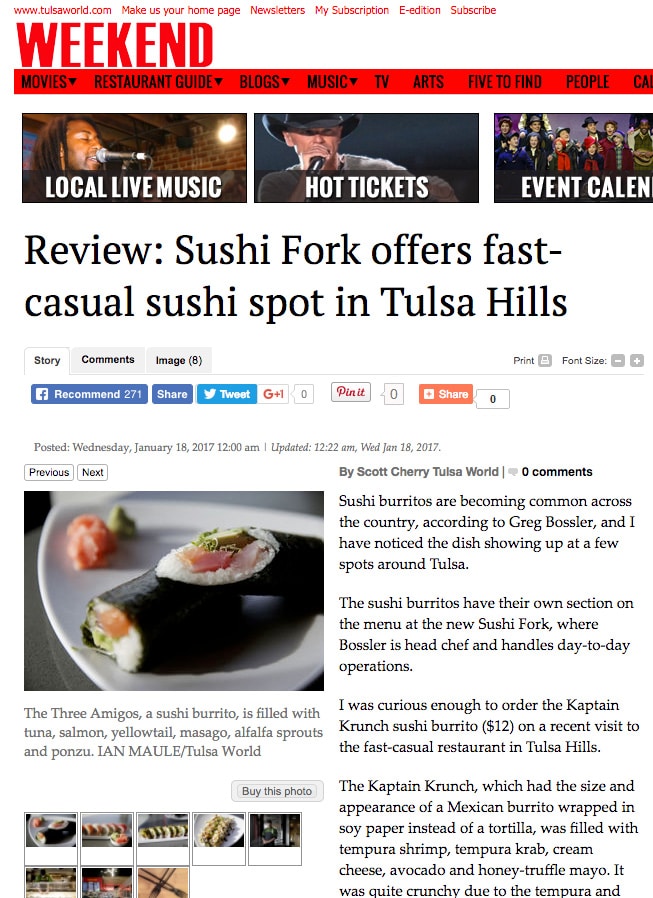