7 Things You May Not Know About Sushi - SushiFork of Tulsa

What To Look For In A Quality Tulsa Sushi Restaurant

7 Things You May Not Know About Sushi – SushiFork of Tulsa 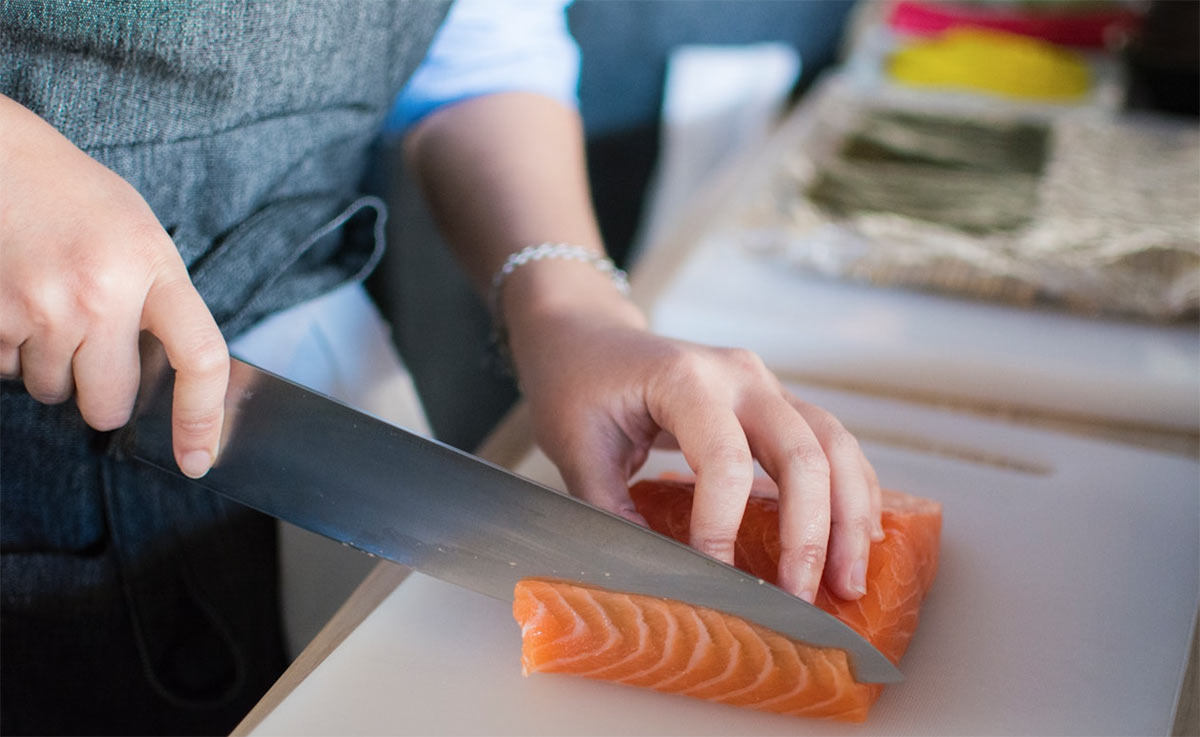 People all around the world enjoy the many different varieties of sushi, but many possess limited background knowledge about this incredible dish. Whether you enjoy a light, fresh California roll or prefer a deep-fried alternative from your local sushi restaurant instead, you’re sure to eat up these 7 facts that you may not have known about this tasty dish!

Narezushi is the oldest type of sushi, and was made with fermented fish. Long before the invention of refrigerators, fish was kept safe and edible by packing fillets of meat in tightly-sealed containers of vinegary rice. Fermentation gave the fish an extremely pungent taste which many have described as being similar to that of a strong cheese.

One of the first types of narezushi to become popular was funazushi. Funazushi was originally made using meat from the endemic Japanese Nigorobuna carp, which is found exclusively in Lake Biwa.

2. It should be eaten immediately after preparation

While many of us have undoubtedly taken advantage of previously-prepared packages of sushi from a local grocery store or ordered it as takeout, this is not the way it’s meant to be enjoyed. In order to savor each bite of sushi at its best, always order rolls that have just been freshly prepared at a sushi restaurant.

Once the meat of the fish is cut and exposed to the open air, it immediately begins to oxidize. Oxidation decreases flavor, and the dish will be far from its best by the time you actually dig in. For this reason, a chef at a high-end sushi restaurant will likely prepare the dish right in front of you.

3. Rice is key, and it shouldn’t stick together

These days it seems like there’s a roll to suit everyone, with fun new flavors being created every day and many a sushi restaurant boasting unique signature rolls. However, the one key ingredient that every type of sushi on the market must share is rice.

Additionally, overly sticky rice is a sign of less skilled preparation. Both white and brown varieties of rice are suitable, but the grains should hold together delicately on the roll and then separate on your tongue once you take a bite.

This distinct rice texture is also the reason you should pour a few drops of soy sauce on top of each disk rather than dipping. Not only is wasting valuable soy sauce considered disrespectful, but dipping will also cause the rice to break apart too early. The chef at a high-end sushi restaurant will often season each piece for you in order to ensure the best proportions.

4. It gained popularity in Tokyo as fast food

Sushi as we know it today spread in popularity in Tokyo during the early 1800’s. Even then, Tokyo was a bustling city and the demand for fast food was high. Sushi was originally created in its modern form by a man named Yohei Hanaya who wanted to provide people with a satisfying, fast snack to enjoy on the go.

Before the established sushi restaurant became common, sushi rolls gained popularity as a theater food as well as a fast food snack. Members of the audience happily enjoyed a roll or two while watching the performance, and frequently ate it with their fingers instead of chopsticks.

A Noren is the traditional curtain that hangs at the entrance of a sushi restaurant. Historically, the Noren were used primarily to insulate the restaurant from external temperatures and provide a bit of decoration. However, they took on an extra meaning during Japan’s Edo period.

Since wet towels were not commonly offered at the time, customers would instead wipe their dirtied fingers on the nearest Noren after the conclusion of their meal. The reputation of a sushi restaurant directly correlated with how dirty their Noren was, since a thoroughly-used Noren indicated many satisfied customers.

While this delicious dish is now strongly associated with Japan, its true origins may not actually be Japanese. At its most primitive, narezushi is simply fish pickled and fermented with rice, and it originally became popular as a way for rice farmers to preserve their food during rainy seasons.

Narezushi was first documented around the 10th century along the Mekong River, and throughout China and Southeast Asia. While people speculate that it was introduced to Japan even earlier, funazushi serves as the earliest credible example of the first Japanese sushi.

Historically, funazushi was eaten by consuming the fish and throwing out the rice that had been used to encourage fermentation. However, people began to eat both components together in the 1500’s, blazing the trail to sushi as we know it today.

7. Rice on the outside of the roll is not traditional

Many of us are familiar with rolls that feature the rice on the outside of the Nori rather than contained within. While this variation is certainly visually appealing, it is not the traditional Japanese way of doing things.

The first sushi roll to sport the rice on the outside was the California roll which, as the name would suggest, was first popularized in the United States.

While various different California roll origin stories battle for credibility, the roll is generally accepted to have been created in a sushi restaurant in the Tokyo section of Los Angeles as a result of creativity under pressure.

The chef of a local sushi restaurant was running out of seasonal ingredients, so he made a few substitutions. At the last minute, he also switched the rice and seaweed to prevent skeptical customers from picking the Nori off of the rice. 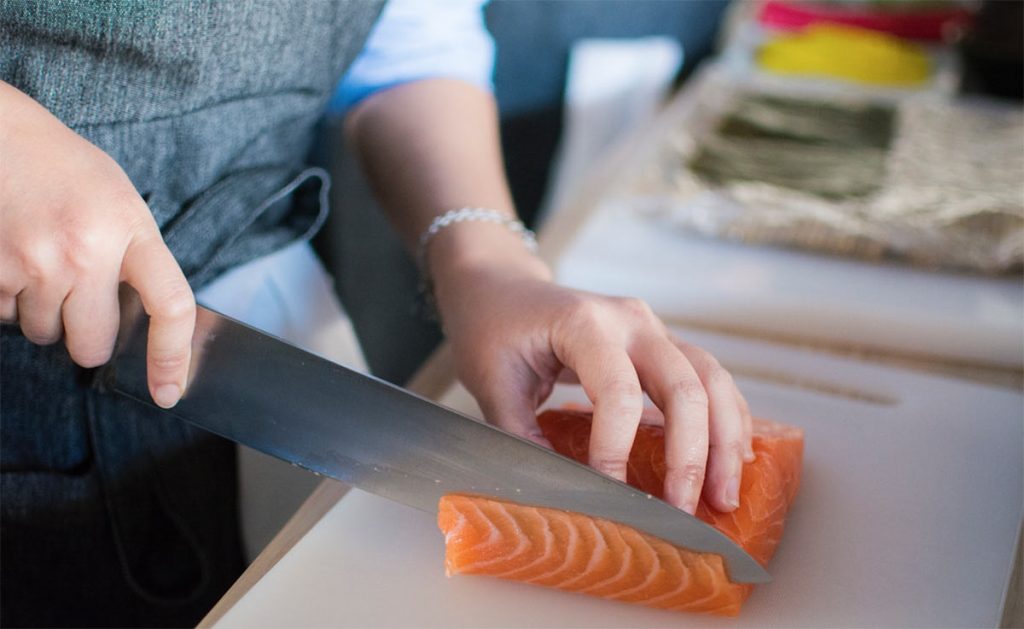 Regardless of where sushi originated or how various rolls were invented, this dish is beloved around the world. Narezushi is no longer the only option, and today’s bountiful array of delicious flavors is sure to offer something that appeals to the palate of each individual enthusiast.

Think back to these 7 things that you previously didn’t know the next time you order a roll from SushiFork of Tulsa, and you might appreciate your meal even more!

Read the SushiFork of Tulsa customer reviews on Google